"My favorite type of wave are big waves.... Bigger the barrel the better..."

is original from Plentzia a little community from Basque Country. He was only 7 years old when started gilding waves, during his junior career he had some good results, in 2012 with only 17 years old he won “Punta Galea Challenge” a big wave contest that happens near his hometown. Later at the WSL Junior tour he got 1st and 2nd at Espinho Pro Junior in 2014 and 2015 and 3rd at Pipeline junior contest in 2015. Still in 2015 he was the youngest surfer to qualify for WSL Big Wave Tour, 3 years later he got 3rd at Nazaré Challenge getting the 1st ever 10 point ride at this contest.

Beside his competitive carrer, Natxo has been dedicated his life to hunt the best conditions around the globe in some of the most known locations like: Mavericks, Jaws, Puerto Escondido, Punta Lobos, Skeleton Bay, Mundaka, Rockaputa or Mullaghmore.

Natxo was in was in Portugal and we couldn’t miss the opportunity to speak with him:

Surftotal: Natxo we would like you to explain to us what inspired you to start surfing bigger waves. What was the click on your mind?

I was lucky to live in a small town called Plentzia by the sea. Every summer we used to go to the beach and when I was around 5 years old, I started to catch waves on a bodyboard. At some point I was already standing up trying to copy the older surfers. Then by the age of 7 I bought my first surfboard.

When I was 13 I started to train with a group of older surfers who were already catching bigger waves to improve their surfing on smaller waves. The thinking behind it was if you can catch a wave of 5 meters and make a turn, when the waves are smaller for sure that turn will be so much easier. So since that time I´ve been catching big waves and after my qualification for the Big Wave tour, that is my main goal.

Surftotal: What is your favorite type of wave? Tow-in or paddle? Why?

Natxo Gonzalez: Bigger the barrel the better. I´m 100% on paddling, at tow-in the jet ski makes a big part of it doesn’t have the same felling. Paddling to a wave, Stand-up, positioning for the set are the most critical and emotional thing you can make on bigger days. Sometime is impossible to paddle, on those days I do tow-in. Surftotal: It seems that big wave ridding is getting more and more awareness around the world. Do you think this is true? What are your thoughts about it?

Natxo Gonzalez: Without doubt big wave surfing is everybody´s mouth and more surfers are getting interested in doing it.

With the WCT and WQS tours canceled in 2020 and beginning of 2021, the media had to bridge the empty space left open by the results and contest news. At the same time, big wave surfing hasn’t stopped at all and a lot of good swells were always appearing on the charts, so it was natural for the media to talk about big wave surfing.

"My goals... are to be the best I can, ride bigger barrels." Surftotal: What does this deal with Deeply represents to you?

Natxo Gonzalez: For me being part of Deeply is an honor it´s really amazing to be able to represent them. It´s a Portuguese brand with their HQ´s really close to me and that gives me the opportunity to have a really close relation with everyone from Marketing to Product development.

"I surfed with the 4/3 Competition Graphene with boots and I was really harm out there. The wetsuit was really warm and flex." Surftotal: What do you think about the wetsuits?

Natxo Gonzalez: Our partnership is recent so I couldn’t try them all. 1st impressions are that they are really flexible and comfortable.

Recently I was in North of Portugal there it was really cold. I surfed with the 4/3 Competition Graphene with boots and I was really harm out there. The wetsuit was really harm and flex. Another main key of Deeply is the quality/price relation that is unbeatable

Surftotal: Is it true that the new Red Bull wetsuits are produced by Deeply? Do you feel it brings added value to you and to the other riders?

Funny fact is that I only knew that after signing my deal with Deeply. I was riding with other wetsuits brand, so I didn’t had contact with Red Bull wetsuits.

So basically, Red Bull athletes that don’t have a wetsuits sponsor will use the wetsuits developed by Deeply in Red Bull logos on them.

For me is awesome to have two of my main sponsors working so close. My everyday wetsuit has both their logos on it, for the other riders the added value is that they will be riding with high quality wetsuits.

"My dream to 2021 is to have a little break from this pandemic situation..." Surftotal: What are your goals and dreams for 2021?

Natxo Gonzalez: My dream to 2021 is to have a little break from this pandemic situation. My life is really limited with that. All my trips were postponed, and I could hunt big storms around the globe.

My goals are to be the best I can, ride bigger barrels and compete on the Big Wave Tour and try to achieve the best result. 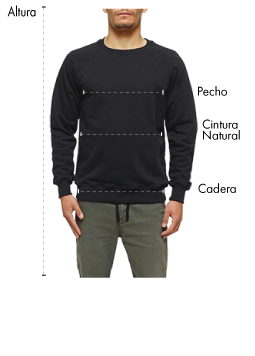 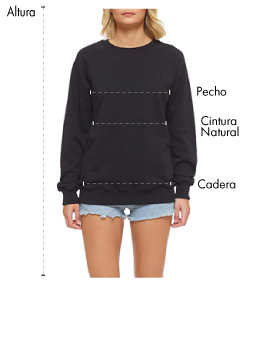